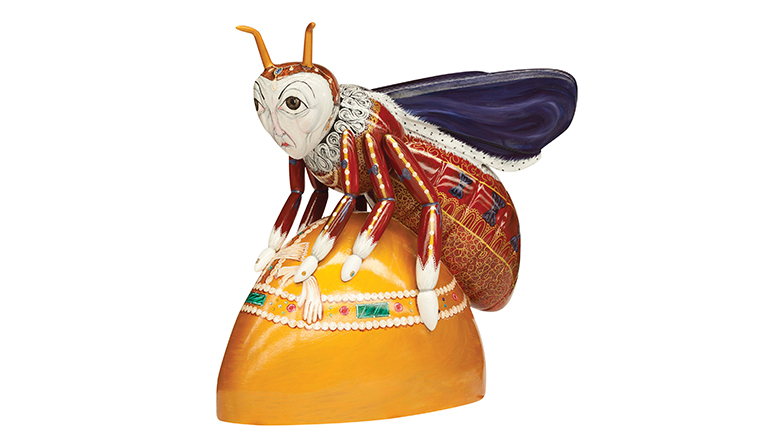 Designed and decorated by: Lee O'Brien

Lee – a Liverpool art teacher and illustrator – has been inspired by one of England’s most celebrated Queens. He thought that this ‘Queen Bee’ would look great in the Tudor style of Queen Elizabeth I; after all, she did enjoy the occasional ‘bee-heading’! The regal decoration and detail make a great historical addition to the trail.

Once the hub of the world’s cotton trade, The Royal Exchange Manchester is now an eclectic collection of luxury high street brands, independent boutique shops, restaurants, cafes and the theatre. The Grade II listed building, which incorporates St Ann’s Square, Old Bank Street, Cross Street, Market Street and the Arcade, was constructed in its current form between 1914-1921. It was officially opened by King George V and Queen Mary.