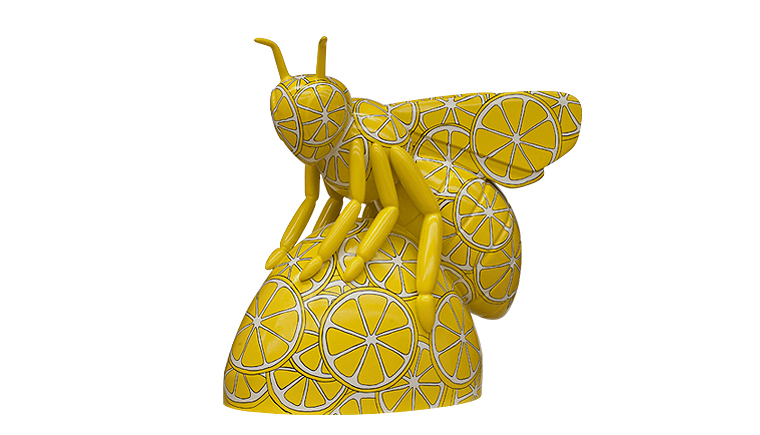 Designed and decorated by: Lesley Hamilton.

The Madchester movement is back in full force. In recognition of the city’s rock and roll heritage and reputation for musical hits on a universal scale, this design celebrates the work of one of Manchester’s most iconic bands – The Stone Roses. Bang the drums and spread love as we take the Manchester Bee to the city streets, adorned with the legendary lemon.

In the North West, Deloitte remains as committed as ever to the continued growth and development of the region. Underpinned by 750 dedicated professionals across their Manchester, Liverpool and Isle of Man offices, its aim is to have a real and sustained impact on the North West economy.

After qualifying as a Graphic Designer from Glasgow College of Building and Printing, Lesley worked as a Graphic Designer for over 15 years. She now works on various arts and crafts projects. After creating a pink flowery rhino for The Big Stampede in 2017, Lesley has put her creative skills to good use again for another Wild in Art trail.