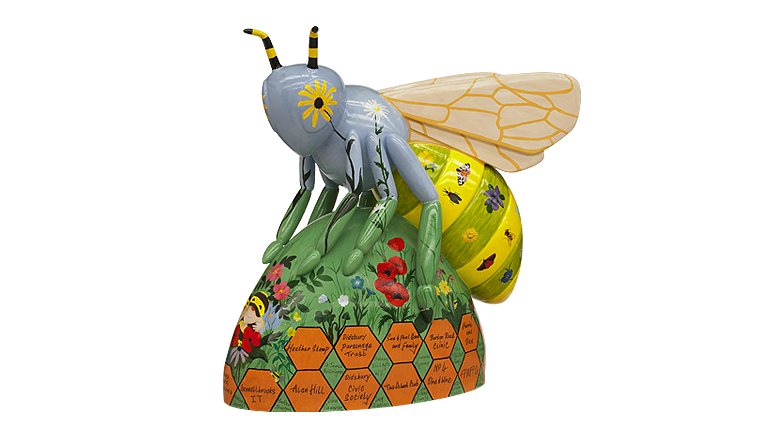 Designed and decorated by: John Hamilton.

Sponsor: Didsbury in Bloom and the Neighbourhood Improvement Fund

John Hamilton is a Manchester based painter, illustrator and printmaker. His work depicts figures in various disguises or costumes, in (mis)adventurous situations and has been compared to stills from a play or a film, a captured moment. Every picture tells a story, but John wants you to be the storyteller and the one to imagine what is happening.

This group is made up of 24 different organisations and has a formidable record of success at the Britain in Bloom awards. The volunteer-led “worker bees” drew together residents, traders, schools, youth groups, faith organisations and Friends of parks. With this 300 strong army and one talented artist, the DIDSbee was brought to life.

This project was supported by the Neighbourhood Improvement Fund.